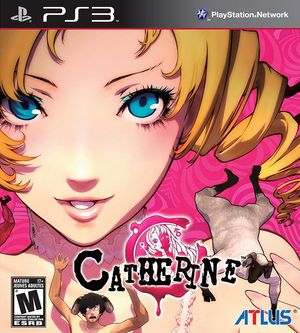 Catherine is the first Atlus title for high-definition consoles such as the PlayStation 3 and Xbox 360. The story follows Vincent Brooks, a man who is beset by supernatural nightmares while torn between his feelings for longtime girlfriend Katherine and the similarly-named beauty Catherine. The gameplay is divided between daytime hours, where Vincent interacts with the characters, and his dreams where he must navigate three-dimensional tower puzzles. The game's ending is affected by moral choices made by Vincent over the course of the story.